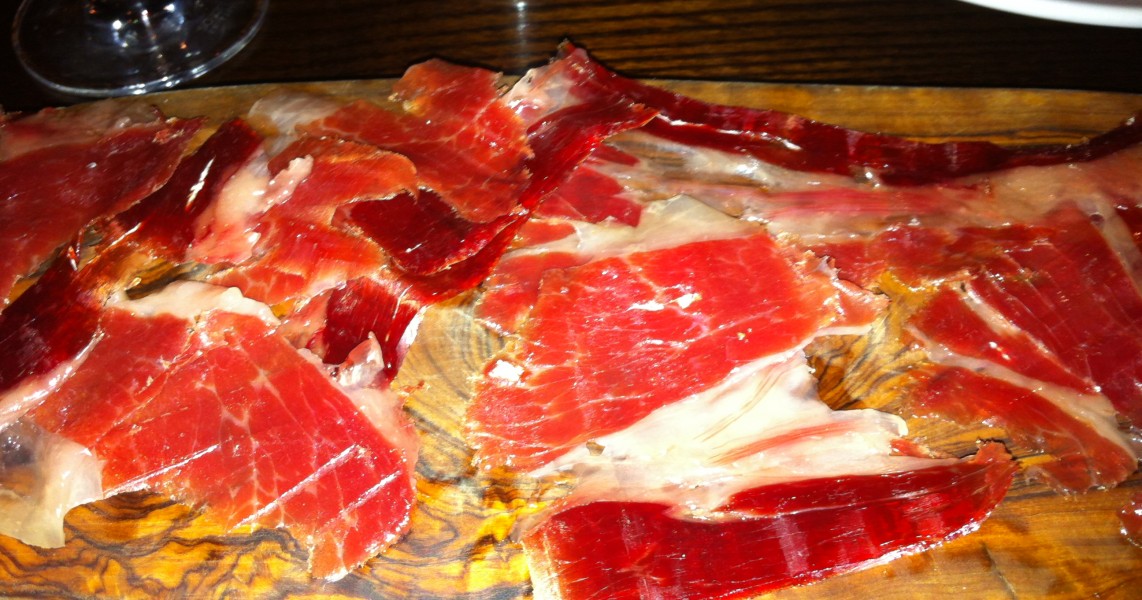 Spanish food culture has, over that past few years, undergone a complete makeover. Producers, chefs, and restaurateurs are taking all the wonderful raw ingredients and traditions of the Spanish kitchen and using new ideas and cooking methods to create wonderfully modern and deliciously flavoured dishes with one foot in the past but with eyes set firmly on the future. It would be simple to credit El Bulli with this revival but it takes more than one chef, more than one restaurant, no matter how famous, to inspire a whole country. Spanish food was, for too long, thought to be rather basic and rough. As Italian food was always allocated the appellation “peasant cooking” Spanish food was “holiday food” all paella, olive oil and Rijoa with only the more discerning foodies understanding that Spanish ham was also quite good.

Now importers such as Brindisa and  many others have made the ingredients needed for Spanish cooking available to us all and restaurants such as The Salt Yard Group’s  Dehesa, Salt Yard and Opera Tavern allow us to try Spanish food at it’s very best.

Opera Tavern was a surprise to me the first time I went. A tapas bar in a traditional London pub felt a little bizarre, the dark, somewhat formal room seemed at odds with the idea of such informal food. I was mistaken on both counts, the room is far from formal, when in full swing Opera Tavern is as noisy as any Sevilliano eatery, and the food as elegant as the modern Spanish food to be found in the most modish of restaurants and bars in Spain.

Of course there are all the dishes you might expect to find but also many you greet with both surprise and delight. But any customer of Salt Yard restaurants will know that the chefs don’t stop at the traditional, nor are they limited by the mere restrictions that affinity to the Spanish flag might bring.

I started with Jamon Iberico cut beautifully with just the correct ratio of fat to lean. It’s pictured above, rather livid in colour but excellent when melting on the tongue. Padron peppers are a favourite and I usually chose them to add at least a touch of green to what is essentially a meat and fish eaters feast.

With the peppers we had  a dish of Jersey Royal potatoes with slivers of white truffle which was delicious.

Pistachio encrusted Pollack followed and then one dish I’ve eaten every time I’ve visited Opera Tavern, the Iberico Burger. More of a slider than a burger, this could be my dish of the year. An Iberico pork burger seared on the grill with a touch of Foie Gras, a shaving of Manchego some Aioli and just a smear of  sweet onion marmalade in a melting brioche style bun. Or I think it is. You will see there is no photo, as the burger, each time I’ve ordered it, has been inhaled by me with groans of pleasure and little time to catalogue it’s design. Have one or two you could even try for three but that would mean missing out on so many other tastes.

These are three skewers of pinches, I would love to tell you what but all I can remember were that the liver pincho was delicious!

I then had a plate of Manchego with Membrillo  and fruited bread and a pannacotta with Champagne rhubarb. The rhubarb was a little too sharp for me but this was the only dish I thought less than perfect. I could have asked for sugar, the staff are one of the many delights of OT but by then I was full of food and wine and in a very happy place.

I have eaten here three times: once at lunch time and twice in the evening. To my mind it’s not the most comfortable of restaurants, definitely not somewhere I would recommend to people who want to catch up with long lost friends or hope for a meal focussed on quiet conversation,  but, if you want fun, great food and wine and helpful, smiling service  you can’t go wrong. Book now. 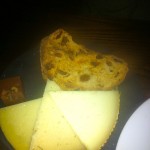 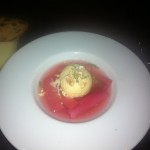 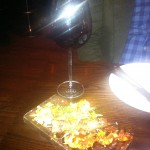 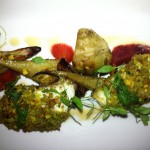 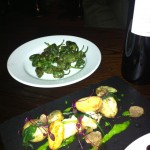 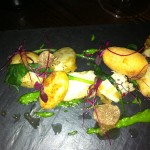 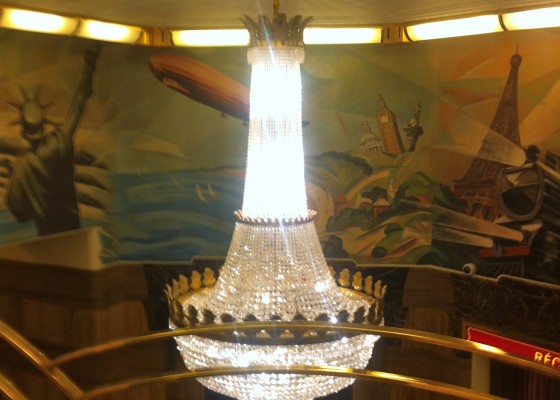