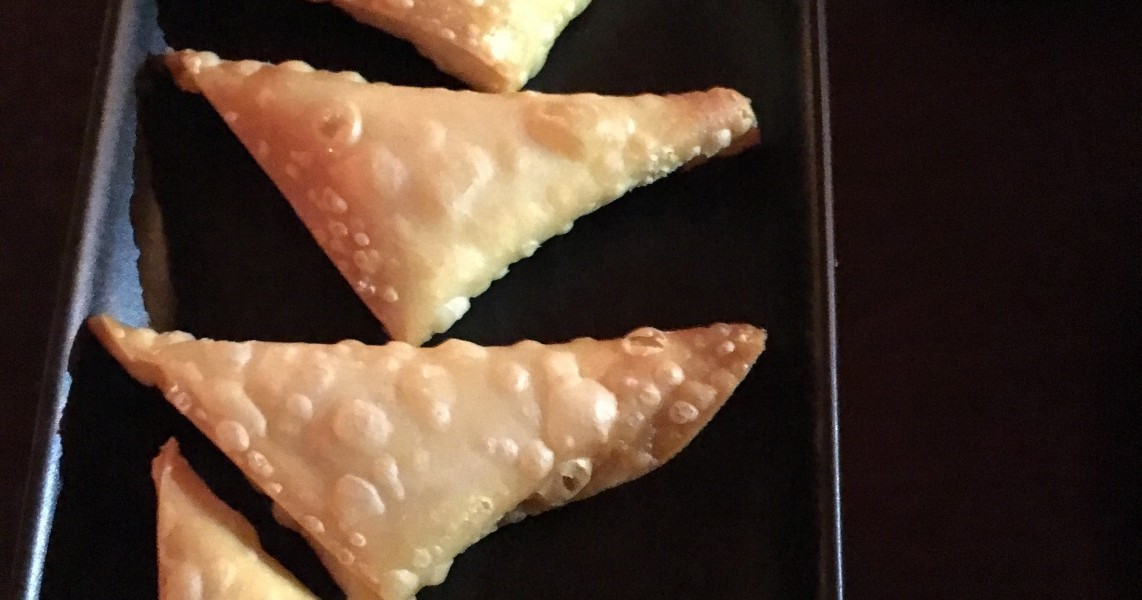 I eat in restaurants about 5 times a week and I’m increasingly musing on what makes the best experience.
I have long known that while the food is important, there are many other parts that make up a good meal: ambience, service, choice of table, value for money. And each of us orders these values differently, some may put service above cost, some like the buzz of a crowded restaurant, others prefer a quiet one.
I used to love almost any restaurant experience bar  “all you can eat buffets” and “brown food” served in motorway cafes but I find I am becoming quite prickly and disenchanted. I hope it’s not just the inevitable crabbiness of advancing  age but recently when eating at one absolutely on trend place last week I had a damascene moment.
I had happily arrived 10 minutes before opening time and queued in the rain in order  to be able to eat the legendary rice pancakes that covered Instagram for a few weeks. I was eager with anticipation, lunching with a good friend and raring to go, but once inside I found myself getting crosser and crosser.
First through the door, I asked for a slightly larger table than the one offered and was told those tables were reserves for parties of three, you will have guessed that within minutes both the tables had two seated at them, which , given that I’m a great believer in fair play just pissed me off.  So I took a deep breath, ordered some wine and then asked the waiter to suggest some dishes he thought best represented the food on offer. He was happy to talk us through the menu, we ordered all his suggestions, the wine arrived and calm was restored, for a moment.
I have spoken before of the frustration I have at being told that the dishes will come out of the kitchen as they are ready, at the chefs convenience not the customers, but here we reached a level of farce. The food was brought to us with such speed that we had only just started the first two plates when the remaining four arrived. They were served on beaten metal trays about 14″ across. Imagine my joy at having to hold one of these trays in one hand while I ate my food with the other, there being no room on the table. We could eventually balance these large trays perilously overhanging the table edge and pray that the bladders of our neighbouring diners held out until we’d finished eating so not to have curry sauce and chutney flowing like lava down our legs.
We were first in, I’d queued, I didn’t want to have to gobble  my meal  down in 30 minutes in order to enjoy the food hot. I’m not sure I tasted much, I’d not go back, there was no feeling of hospitality at all.
Contrast this with Asma Khan’s residency at The Sun and 13 Cantons where the warmth of the greeting, the pace of the food, the explanation of the dishes is as good as any long established restaurant. Asma trained as a lawyer but is passionate about food, read her story, told by Nicky Richmond ,the self styled Food Judge, here  and has moved from supper clubs to this extended  pop up. Yes Asma is now a friend but I met her through a love food so feel no qualms in saying go, eat her food now while you can, she finishes on March 19th. 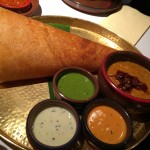 Lunch on the edge 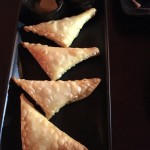 2 thoughts on “Small plates on even smaller tables”