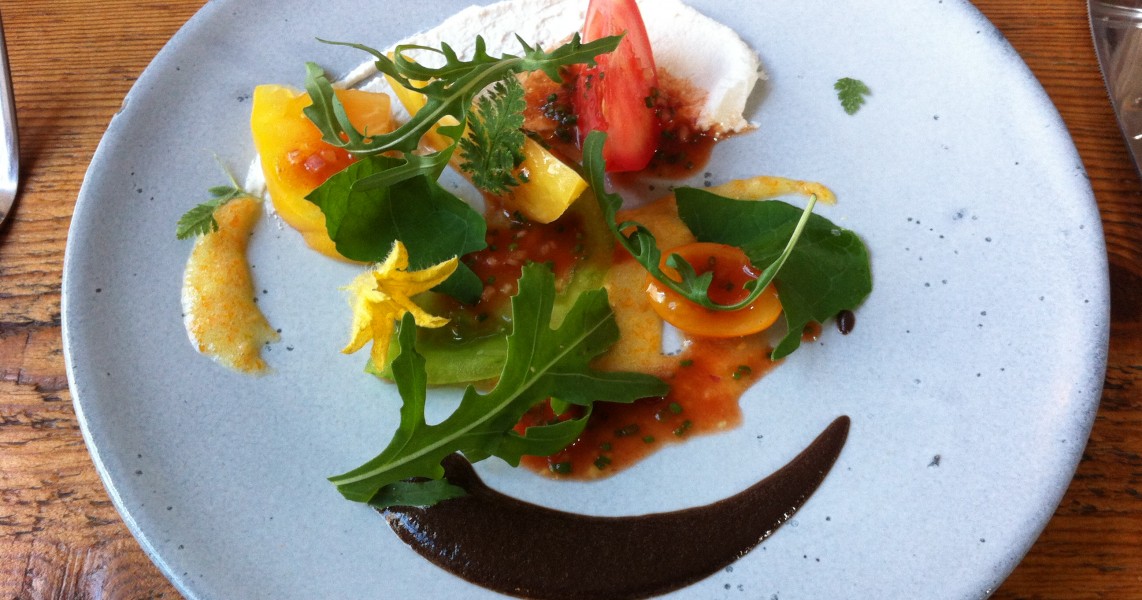 It’s been a bit busy this year, which in many ways sums up the random nature of life. It seems only minutes ago I was weeping at my daughter’s departure for Seattle in May than here we are in September and my summer has been busier than I could have imagined or planned for.

Nature, we’re told, abhors a vacuum and this would seem true in the case of my calendar. No sooner had I waved the family off when I took a call from a TV company about a wonderful new series that has more than filled my time. It will be on BBC2 next spring and I hope you all watch and love it. But back to today and I thought a recap of where I’d eaten on my days off could be a place to start. 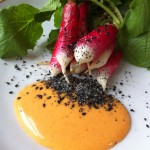 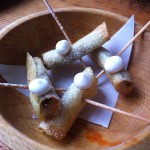 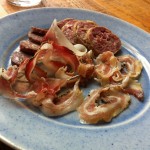 Home cured meats on such a lovely plate! 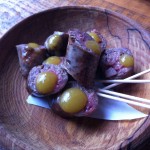 
Issac McHale and his team started the Clove Club in Shorditch Town Hall in 2012 in a space I knew previously as the upstairs part of a night club called the Whirlygig where my children would go on Sunday evenings and I would wait, rather nervously, outside to drive them the short distance home, Hoxton not being quite the on trend place it is today.

As is de rigueur these days Clove Club cures all manner of meats on the premises and we started with a selection of these. They were all very tasty but eclipsed by the wood pigeon sausage with greengage ketchup. This was a revelation, quite reviving my tired palate with it’s luscious texture, pork fat being called in to duty here to add succulence to the rich, gamy breast meat of the pigeon. The sharpness of the ketchup was the perfect foil. We had the requisite tiny portion but I could have eaten much more. Small plates are a pain to me, but with tasting menus they do allow for a lot of dishes to pass in front of the diner without overwhelming him. So many small plates arrived, we tasted then and they in turn were replaced by others.  I’m not sure I “get” spinach powder. It’s hardly much of a vegetable when served in all it’s leafy glory, powdered it seems even less there, but it did look very pretty on a plate of Dover Sole. 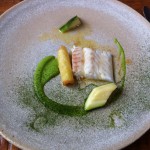 Sole with courgette and spinach powder 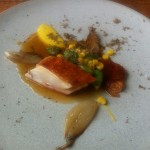 Chicken and sweetcorn with candied shallots 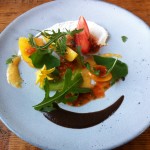 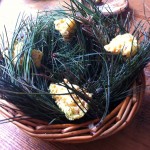 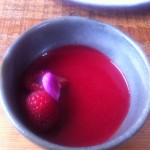 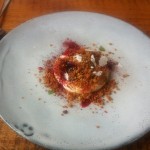 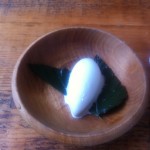 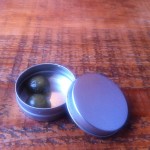 
Then there were chocolates and lozenges, the service was both delightful and eager for our enjoyment.  We ate in the front room as it was lunch time, for dinner the back room, with it’s open kitchen, is called into service.

One thought on “The Clove Club: Summer’s over and here I am again” 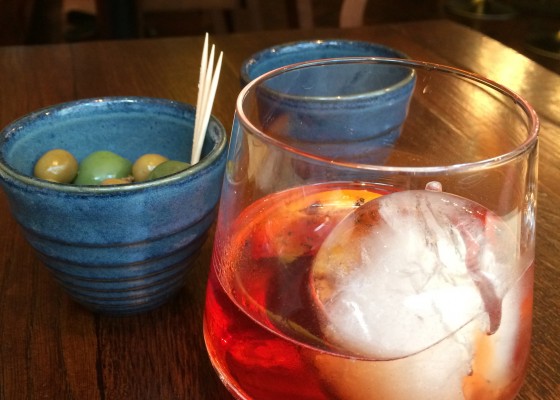 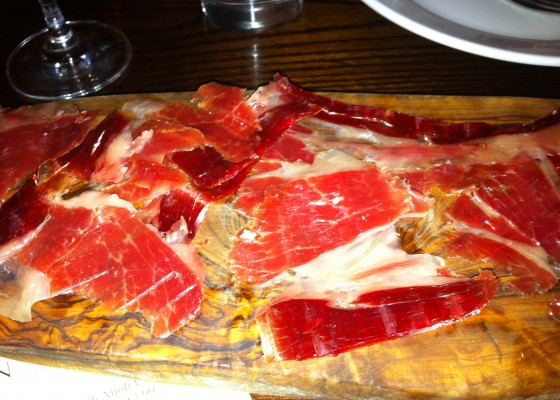