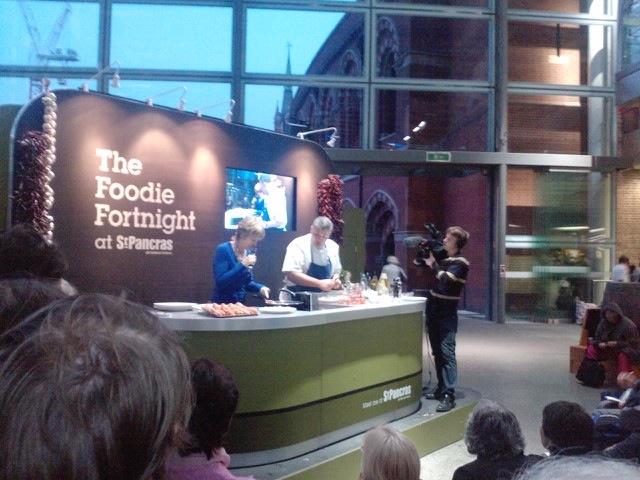 Well this is my first post on this site I hope for many more as I tell you of my move back to London from darkest Suffolk and what’s happening on my Foodie scene.

Here I am at the St Pancras Foodie Fortnight on stage with the lovely Richard Corrigan of Bentleys and Lindsay House Fame.

Richard and I talked our way through his dem. Both of us had kind things to say about the late Keith Floyd who died last week, with Richard saying that one day you just have to realise that you need an early and sober night. That’s when you know you’re a grown up!

Richard cooked Dublin Bay Prawns on a bed of chick pea puree with extra virgin olive and I think it could easily be a last supper so clean and delicious was the flavour.

He also spoke of how climate change is affecting oysters here and how , he believes, that pretty soon we’ll be able to eat Oysters in May but not September. I wonder how we’ll remember that once the useful “R” in the month no longer holds up. 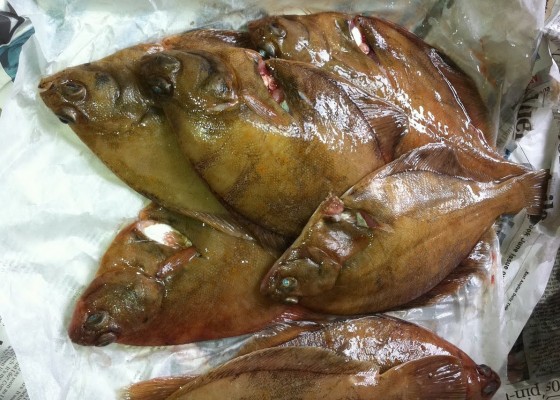 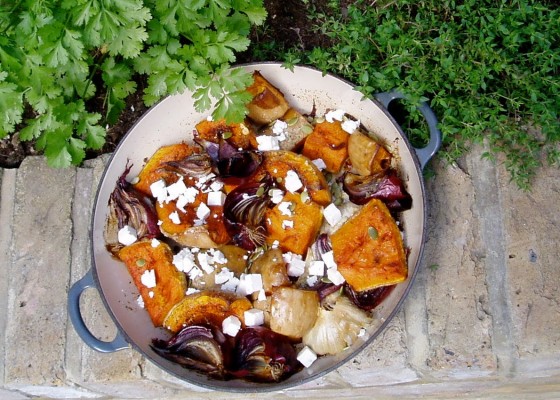 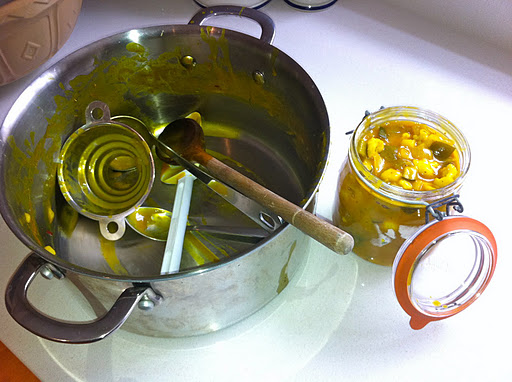